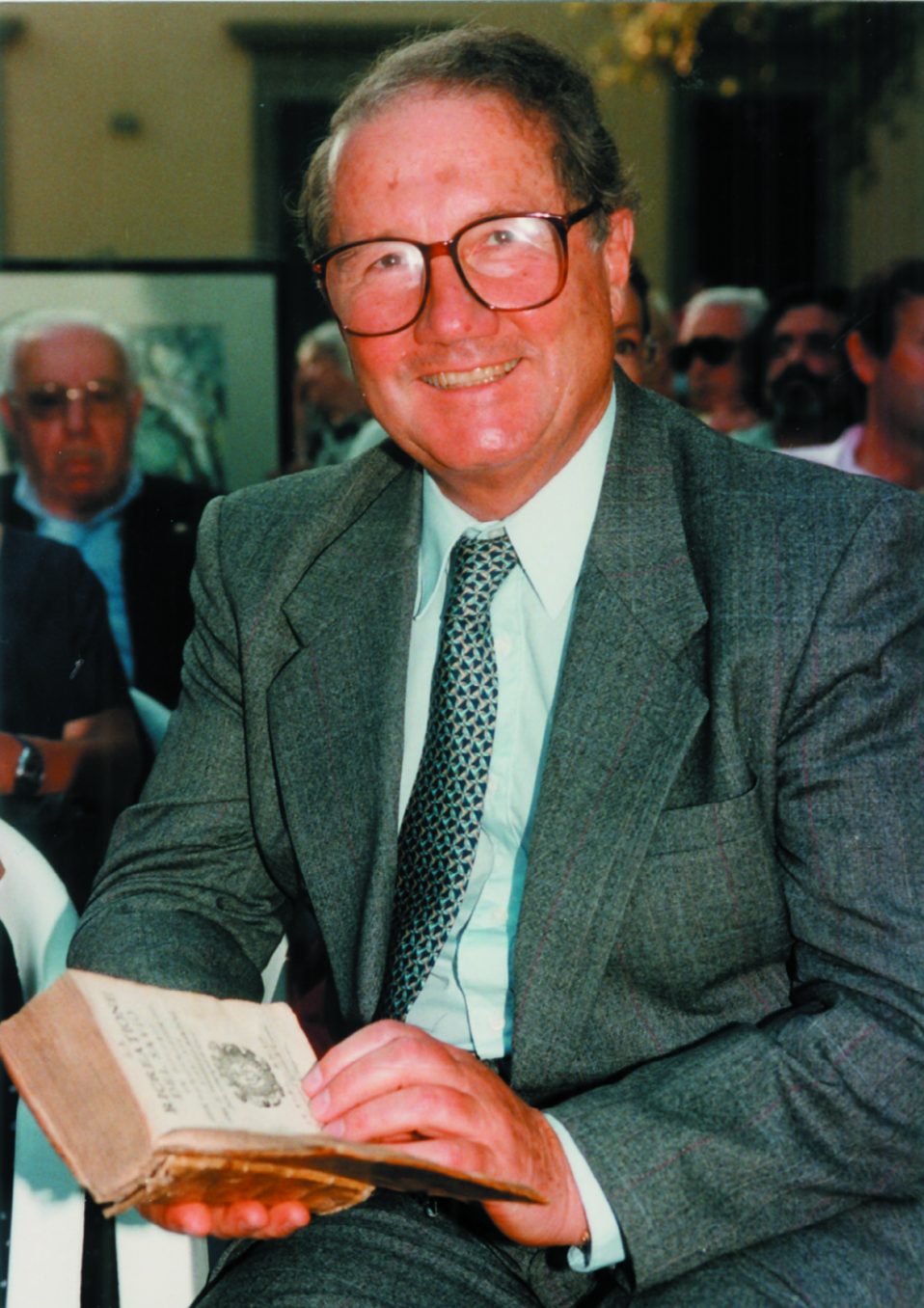 More than 1000 titles, including books, essays, articles in specialized and periodical magazines, interviews and television programs. The entire scientific and educational work of Professor Carlo Pedretti will soon be online.
In a second phase, the documentation will be freely consulted both from the Foundation’s website and in those of other partner libraries and museums, such as the Biblioteca Leonardiana in Vinci and the Museo Galileo in Florence.
In 1984, in 1995 and later in 1996 in the pages of «Achademia Leonardi Vinci» the partial bibliography of Carlo Pedretti (1928-2018) was published. Thanks to the additions and revisions made by Pedretti himself on his copies of his bibliographies, and thanks to a meticulous work of updating of a paper register, it is now possible to give a complete list of the writings published by Pedretti during his long and established career.
Therefore it will finally be possible to retrace all the stages of the scholar who, as a young man, as well as in his last activity, used to write in the main national newspapers. The work will also allow us to examine all the numerous clarifications – Gleanings – published by Pedretti in the ten volumes of his beloved Journal: «Achademia Leonardi Vinci», a series published from 1988 to 1998.

Register for Event: THE COMPLETE BIBLIOGRAPHY OF CARLO PEDRETTI (1928-2018)

Your ticket for the: THE COMPLETE BIBLIOGRAPHY OF CARLO PEDRETTI (1928-2018)