LEONARDO AND THE RENAISSANCE IN THE NAPOLETAN CODES 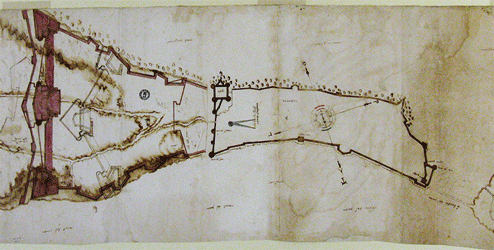 INFLUENCES AND MODELS FOR ARCHITECTURE AND ENGINEERING

The exhibition will show a lot of manuscript, iconographic and bibliographic evidences from the National Library of Naples, the University of Naples Federico II and other Neapolitan and Italian institutions on the topics of Leonardo and of his lesson spreading during Renaissance in Southern Italy’s architecture and engineering.

The first section will show the Codex Corazza, a Leonardo’s apograph published by Buccaro under the important guidance of Carlo Pedretti, together with the whole Corazza manuscript collection in the National Library; then there will be the Codex Fridericiano, a seventeenth century apograph of Leonardo’s Treatise on Painting, acquired in 2015 by the Center for the University Libraries of the University Federico II. In addition to these precious sources, the section will firstly present the Foglietto del Belvedere from the Pedretti Archive, lately studied by the exhibition editor, and many remarkable Leonardo studies edited by Neapolitan scholars between the nineteenth and twentieth centuries.

In the second section will be exposed some beautiful drawings of architecture and urbanism from the unpublished sixteenth century Codex Tarsia (XII.D.1, XII.D.74) in the Naples National Library. These are some surveys of antiquity and projects of buildings mostly by Sangallo and Vignola’s followers, as well as drawings of Italian and European fortified cities, based on Leonardo’s ideas. The Codex has been the subject of careful study and digital cataloguing performed by a research group of the University of Naples CIRICE Center and of the National Library. The manuscript is a further precious testimony of the spread of Tuscan and Roman Renaissance in Southern Italy.

Register for Event: LEONARDO AND THE RENAISSANCE IN THE NAPOLETAN CODES

Your ticket for the: LEONARDO AND THE RENAISSANCE IN THE NAPOLETAN CODES

LEONARDO AND THE RENAISSANCE IN THE NAPOLETAN CODES