LEONARDO ANATOMY OF THE DRAWINGS 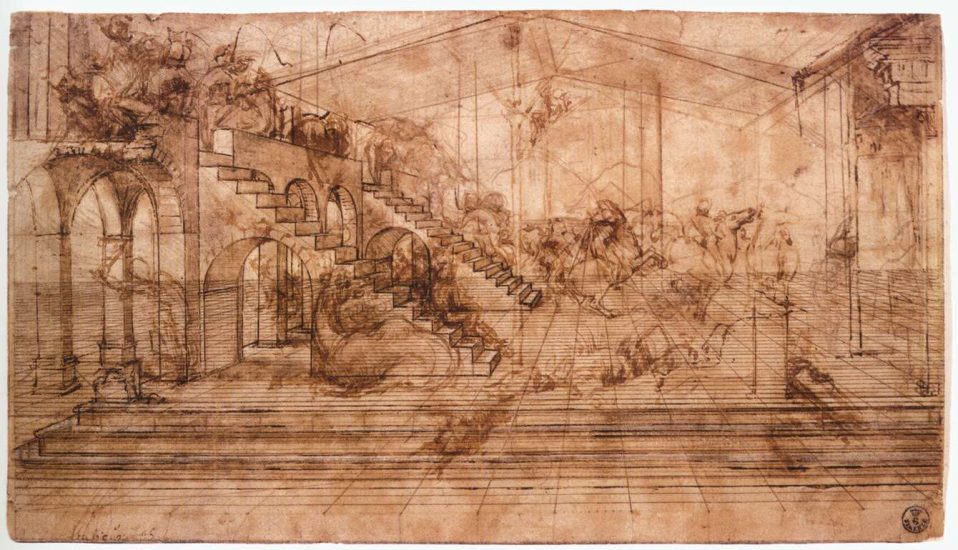 Since 2010, the Alma Mater Studiorum University of Bologna has developed a solution to acquire non-invasively, digitally reconstruct in 3D, and render three-dimensional drawings of ancient high-density color fidelity, at a resolution of 50 μm, ensuring the return of the ‘formal quality and superficial reflectance through the use of low-cost devices using tecnologiedigitali.Questa has reached maturity with today’s ISLe (InSight Leonardo), a digital communication artefact designed to substitute, investigate, describe and communicate designs, their methods of presentation and their contents, accurately reproducing their shape, character and appearance. IT must be seen, touched and visualized. ISLe proposes the recomposition of the drawing in digital form in the context of a photorealistic three-dimensional replica that uses two paradigms: “drawing as in the hands” and “show us that you can not see with the naked eye” and can be used either by the conservator on desktop or tablet PC, or by visitors to an exhibition through high definition monitors and touch interaction based on the same standard of use of smartphones.Based on this form of communication, the proposal is that of a virtual exhibition on Leonardo’s drawings to be held at the Unibo University Museum System in 2019 and which will be replicated at the Leonardiano di Vinci Museum in 2020.
The exhibition that will take into account the whole process of conservation and communication of the original ‘absent’ design will be easily replicable without costs elsewhere and will be realized in collaboration with the Leonardo da Vinci Museum which will take care of accessing the drawings. Leonardo’s fundamental drawings, placing them under a new light, allows the visitor to understand the reasons that have made his work so important and how he has transposed in practice his “therefore it is necessary to imagine and describe”, building a technique to perform cognitive systems to date. unmatched:
– Leonardo da Vinci, Study of proportions of the human body called Vitruvian Man, mm. 345 x 246, Venice, Gallerie dell’Accademia, Cabinet of Drawings and Prints, cat. No. 228.
– Leonardo da Vinci, Landscape, 5 August 1473, 96×287 mm, Florence, Cabinet of Drawings and Prints of the Uffizi, inv. 8P.
– Leonardo da Vinci, Study for the Adoration of the Magi, 164×290 mm, about 1481, Florence, Cabinet of Drawings and Prints of the Uffizi, inv. 436e
– Two drawings taken from the Atlantic code defined and acquired in the coming weeks

Register for Event: LEONARDO ANATOMY OF THE DRAWINGS

Your ticket for the: LEONARDO ANATOMY OF THE DRAWINGS

LEONARDO ANATOMY OF THE DRAWINGS