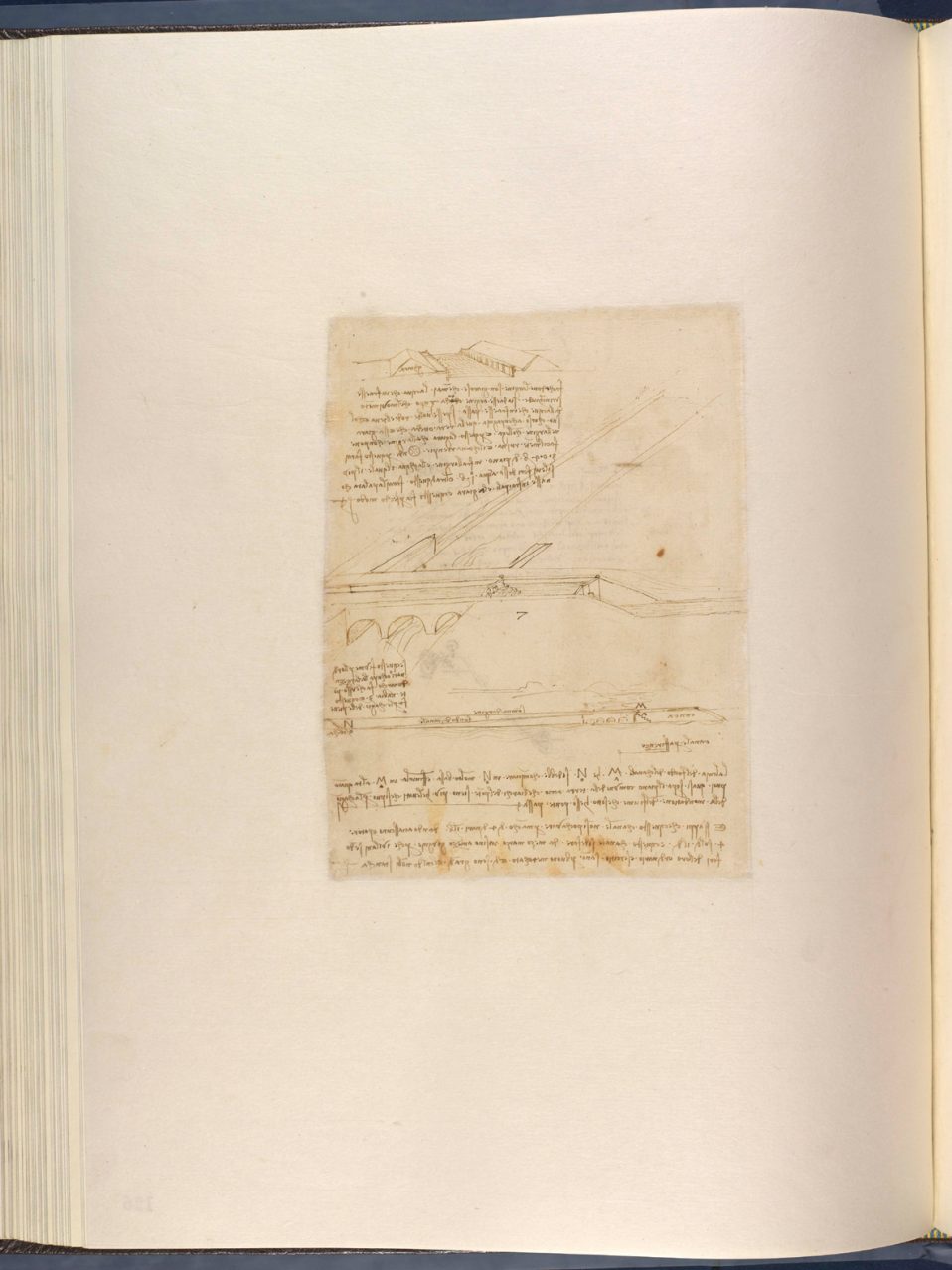 The exhibition Leonardo and Florence is based on the graphic heritage gathered in the Codex Atlanticus and mainly containing writings and drawings by Leonardo from the Biblioteca Ambrosiana in Milan. The tables are presented according to a specific thematic path that has not been explored until now in relation to the Atlantic Code, but particularly pertinent to the city and the place of the exhibition to be held in Palazzo Vecchio, which was not only the seat of the city government, but also one of the places Leonardo dedicated inventiveness and energy. The “fil rouge” becomes the presence of “Florence things” in the written or graphic annotations of Leonardo concerning enterprises, memories, relations with Florence in the broad sense. It was therefore agreed to decline the guiding concept “Leonardo and Florence”, in a chronological period ranging from the seventies to death in 1519. The drawings will be organized in several sections, to create an organic story in the space that was used by the Florentine Republican government and visited by the Leonardian genius. The ordering of the sheets can follow a chronological or narrative criterion, touching themes such as: Relatives, friends and Florentine facts – The Palace of the Priors (Palazzo Vecchio) – The Medici, Giuliano, Duke of Nemours and the family – Santa Maria Nuova – The Arno river and hydraulic mapping in the Florentine territory – Studies on Flight – Geometry studies: in Florence with Luca Pacioli – Works realized in Florence. In addition to the graphic corpus, a section of the exhibition is dedicated to the Bust of the Redeemer, a work attributed to Gian Giacomo Caprotti, known as Salaino, former pupil of Leonardo and the subject of many of his paintings, acquired by the Pinacoteca Ambrosiana in 2013.

Your ticket for the: LEONARDO DA VINCI AND FLORENCE. SHEETS CHOSEN BY THE ATLANTICUS CODEX